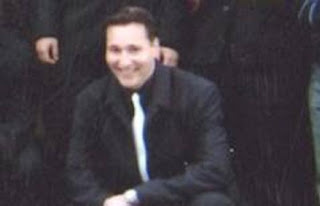 Yesterday Michael Bruce Newman from the UN was found guilty of the first degree murder of Marc Rozen. First-degree murder carries a mandatory sentence of life in prison with no parole eligibility for 25 years. At the time of the charge, Vancouver police said they had linked Newman to DNA found at Rozen’s murder scene.

Court documents said Newman confined Rozen in his Haro Street apartment, stabbed him 62 times and shot him "execution style" in the back of the head. At Thursday's sentencing hearing, Newman once again denied his role in the murder. It’s hard to conceive he was executed for selling an expensive ring. Senseless.

Since Rozen’s death Newman was convicted of drug charges in Ontario. In the April 2, 2007 statement, Newman “mentioned the Independent Soliders and the Bacon brothers” and told police he was in Ontario because “there are contracts out on all of us,” Ehrcke said. Which would support the claims that the Hells Angels have dismantled the UN and are the prime suspects in the recent executions.