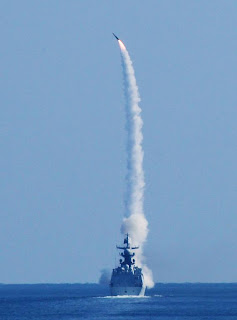 China has launched the first ship in a new class of stealth missile frigates, state media reported Tuesday, amid ongoing tensions with neighbouring countries over Beijing's maritime claims. The People's Liberation Army Navy is building 20 Type 056 Jiangdao class frigates to replace older models and bolster its ability to conduct patrols and escort ships and submarines in waters it claims in the South China and East China seas.

So just remember next time you fill up with gas at outrageous prices, those profits are going to help fund a Communist dictatorships military expansion thanks to Stephen Harper. If that isn’t treason, I don’t know what is. If Canada Nationalized their oil at least those profits would go towards building schools and hospitals instead of military weapons for a Communist dictatorship.