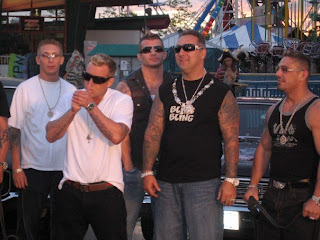 Larry Amero was the one ultimately behind the Surrey six murder. He supported Jonathon Bacon back then and lied about it. Larry Amereo is a lying backstabbing drug dealer. He’s a clone of David Giles who only cares about the money. These guys even have the audacity to use the word honour when they betray a brother. They have no honour. They are the exact opposite everything the real west point stand for. Just a bunch of surrey girls no one likes or respects.

Heartless? Shooting Chris Mohan and Ed Schellenberg was heartless. Shooting Nikki Alemy dead with her son in the car was heartless. Brutally raping a homeless woman in Whalley and putting her in a coma for a drug debt was heartless. You're the one who are heartless.