Another murder in Surrey - Update 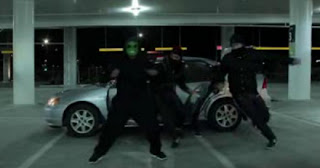 Another body was found dumped on Colebrook Road in Surrey today. Police got a call from a member of the public at 12:08 p.m. reporting the body, found on the side of the road in the 12500-block of Colebrook. Police wouldn’t confirm whether it was a man or woman and wouldn’t comment on other media reports that the body was burned.

The body was discovered a couple blocks away from where the body of 26-year-old Jaskaran Singh Sandhu was found on Jan. 28. Eight murders (including Janice) in the first eight weeks of 2013 for Surrey. Godzilla’s Blue Oyster Cult bullies are still upset about the Surrey Shirts web site. It doesn’t sound like he’s the problem.

Here are some new slogans readers just sent in: “There's a place with a violent reputation near Hollywood called Watts. We're in Hollywood North and...” “Watts Up With All of the Murders in Surrey?...” "The City of Surrey has a brand new dump - its on both sides of Colebrook Road." I guess they call Colebrook Road Watts now.

My kids just enlightened me about a new dumb viral video taking over after Gangam style. It’s called the Harlem Shake. Only it has absolutely nothing to do with Harlem. A guy starts of dancing to some Latino music doing the pelvic thrust. Then everyone joins in. Each city has one. Only both versions of the Surrey one the guy starts off doing the dance but nobody joins in. In one episode he gets kidnapped and stuffed into the truck of a car, while in the other episode he gets shot and robbed.

Surrey jokes have been around a ling time. People make fun of Surrey Jacks as they really aren’t the brightest of criminals out there. Yes Surrey is improving but denying the truth is the suppression of crime statistics. If I’m not mistaken, that’s what the mayor did in the Green Hornet and the police chief did in the Batman Dark Night series. Ironic.

Anyone have any word on claims about a grow op busted in Kelowna Wednesday night in the Scotty Creek subdivision behind the airport? Kim says the police are holding a press conference Monday at 1:00 PM about a break in a gang murder investigation. It could be about the Kelowna shooting.

IHIT has confirmed the body found Sunday on Colebrook Road in Surrey is 29-year-old Amritpal Saran of Delta and that the body was indeed badly burned. The 29-year-old victim had no known gang ties, but was known to police. His criminal record includes assault, possession of a controlled substance and possession of drugs for the purpose of trafficking. A drug dealer with no gang affiliations ends up murdered. Imagine that. Another rival drug dealer murdered by the boys who control the drug trade in Surrey.