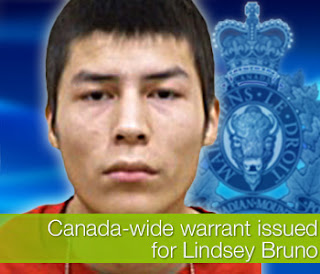 February 2nd 16 year old Levonne Baptiste was murdered on the Samson Cree First Nation townsite south of Edmonton. Police have confirmed the incident was gang related and have issued an arrest warrant for Lindsey Bruno in connection with the shooting. Bruno is a resident of Hobbema, which is located approximately 90 Km south of Edmonton.

Previous violence prompted reserve residents to vote for an eviction bylaw giving leaders the power to ban suspected gang members from living in the community. The ban followed the death of five-year-old Ethan Yellowbird, who was hit in the head by a stray bullet while he slept in a home on the reserve in 2011. Three teens pleaded guilty to manslaughter for Ethan's death and are awaiting sentencing.

Two months after Ethan’s death, his 23-year-old aunt Chelsea Yellowbird was killed in a drive-by shooting. That case remains unsolved.