New Publisher for the Vancouver Sun and Province 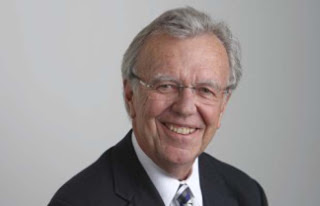 In England the biases are far more prevalent. Take Robert Murdoch champion of the wiretap scandal. The newspapers Murdoch produced were always biased towards supporting Conservative candidates in the election. Tony Blair was the one exception after he supported George Bush’s lie that formed the reason for the invasion of Iraq.

After that, Murdoch and his papers supported David Cameron. Now when I say support that doesn’t just mean he voted for and contributed to his campaign. I mean the paper ran biased articles in favor of those candidates. Which is in complete contradiction to what I personally thought newspapers were supposed to do. I thought they were supposed to be non biased. Now there are just supposed to make money.

We did see something similar in Canada when the media tyrant Conrad Black started buying up all the newspapers and media outlets. His newspapers became very right wing and very biased in the way it reported the news.

As shocking as this may seem for those as naïve as myself, it isn’t really a problem in our supply and demand world. If a paper is clearly right wing or left wing biased, it will generate that kind of readers and those kinds of advertizing dollars. No doubt the big corporations are going to have more money to spend on advertizing and are therefore in a better position to manipulate the media.

The thing we need to do as consumers is remember that those biases do in fact exist and seek out alternative or nonbiased media sources. Supply and demand. I will note that although Conrad Black created the National Post which was very right wing at the time, it never made a profit and lost millions under Conrad’s leadership.

Conrad Black sold the remaining 50% of his shares in the National Post in 2001 to CanWest Global Communications Corp which owned the other half of the paper. Gordon Fisher took over and the reporting became less biased. As a result, on October 28, 2011, The National Post announced its first ever yearly profit. Since it started in 1998, until it was sold in 2001, the National Post had lost millions. So Gordon Fisher comes back out West to turn the tide once again and help save the newspaper industry in our digital age.

Television is free. That industry makes money on advertizing. Likewise on the Internet, sites that get high traffic volume can also make money on advertizing. The question is, does the media answer to consumers who buy and read their material or do they answer to their sponsors and try to control their readers with ads like Steven Harper and Christy Clark’s painful propaganda paid for with tax dollars. Time will tell.

On the subject of modern main stream censorship I will cite the case of Dan Rather. One blog reader just reminded me and sent this link to the story. It is a flaming example of how pathetic our main stream media has become. Just like the Gary Webb case. Dan Rather and Gary Webb were both right.