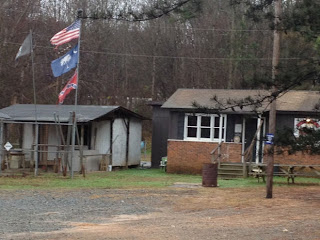 In Columbia, South Carolina five members of the Hells Angels are in court for drug dealing, gun running and robbing drug dealers. They were dealing cocaine and crystal meth. The charges include conspiracy under the Racketeer Influenced and Corrupt Organizations (RICO) Act.

“The clubhouses where these bikers met and gathered in what was called “church” by them are dingy places that proudly display Confederate flags, Nazi symbols and other symbols of hate. All Hells Angels must be white men. They do not like society’s rules, they and their lawyers say. Apparently, though, they do not like anybody who’s not white to be a part of their rebellion against rules. At the Rock Hill clubhouse of the Red Devils, the underlings of the Hells Angels, the Rebel flag flies, tattered, along with the American flag, also tattered.’ 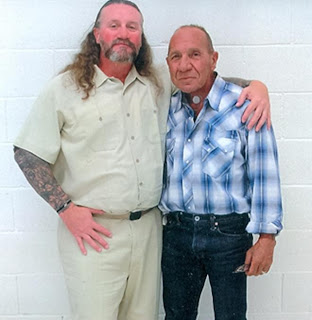 I guess the FBI didn’t let the Agency in on their investigation. According to Michael Riconosciuto the Agency are the ones cooking the crystal meth in Cali for the Hells Angels to bring out East. Oh, but we’re not allowed to talk about Mike. Much. Keeping unlawful secrets is unlawful.