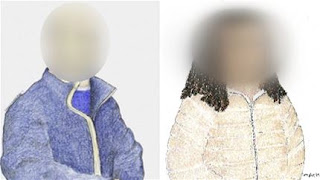 Ottawa police arrested the 41-year-old officer and a 34-year-old woman on Tuesday after an investigation at the officer's home. Police sources told CBC News a child was chained in the basement, and said what officers found was "the worst case of abuse police have seen."

The names of the accused have not been released to protect the identity of the victims, police said. There is also a court-ordered publication ban on the names of the accused and victims. The RCMP said the officer has been on leave since May 2011, but the reason for that is under a court-ordered publication ban. Police sources also told CBC News the man worked for the force's counter-terrorism unit. The officer was suspended with pay Wednesday, RCMP said.

Posted by Dennis Watson at 9:38 AM