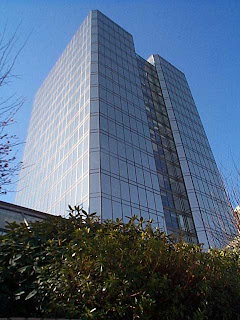 I was reading through the archives of the May 6 1977 Vancouver Sun and came across an interesting article about the GVRD written thirty five years ago. It reads: “Delta MLA Walter Davidson has asked Municipal Affairs Minister Hugh Curtis to disband the Greater Vancouver Regional district as it is presently constituted.

In an open letter to the minister, the Socred MLA calls the GVRD a costly bureaucratic and ineffective organization. As taxpayers, we can no longer afford the stupidity and extravagance of financing an organization which refuses to accept even it’s basic common objectives.

The Socred MLA says Curtis should disband the present regional district and in keeping with it’s party’s commitment return to local government that authority which has been the traditional responsibility of local government.

The Delta MLA says petty politics have destroyed both the effectiveness and the credibility of the GVRD. In another letter, this one to GVRD chairman Major Jack Campbell of Port Coquitlam Davidson asks how massive expenditures of public funds on an organization like the GVRD can be justified.

Ironically enough, thirty five years later we have an editorial in the Vancouver Province expressive concerns about the GVRD now known as Metro Vancouver after their insane proposal to start a regional sales tax to fund their extravagance. Perhaps we should have acted on Walter Davidson’s’ letter thirty five years ago.

Normally decentralization of power is a good thing. Yet duplication, bureaucracy and extravagance are not. If a local mayor wants to create a municipal sales tax in their city, just watch how far that gets them. What we need is fiscal responsibility not reckless spending and insider trading.

Posted by Dennis Watson at 2:18 PM