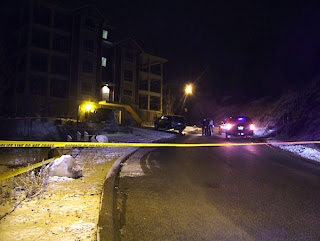 This is a strange one. Police claim two dead bodies found in a black SUV that had crashed into a light standard in a condominium parking lot were victims of a homicide, not a car crash. We’ll know more when the names of the victims have been released.

Police are waiting to release the names so they can notify next of kin. That is appropriate. The family of Kevin Fry were heartbroken the grandparents heard on the news their grandson was dead before the family could tell them.

Castanet originally reported that the crash was reported around 11:30 p.m. Monday night. Witnesses say the large black SUV took out a cement and brick light post before it crashed into the side of the Terravita condo complex in West Kelowna. RCMP say a male passenger escaped on foot before they arrived at the crash site.

The dog team was called in and a manhunt was underway. RCMP believed the man was heading to Kelowna, and they blocked off several streets looking for the runaway -- it is unclear if the man was captured at this time. When emergency crews reached the SUV they discovered both the driver and the passenger were deceased. Even though the airbags were deployed, the crash did not appear to be serious enough to cause death.

Here’s some links to the homicide story: 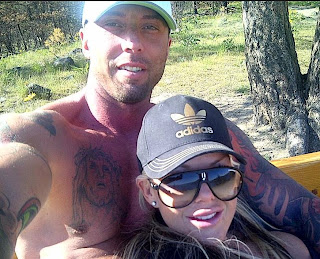 March of 2009 Jeremy Snow was arrested in Idaho after landing a helicopter loaded with more than 170 pounds of BC bud. Operation Blade Runner began with an arrest of an Alberta man in Salt Lake city with 80 kilos of cocaine. Seven Canadian men and one American were charged in an elaborate scheme where BC bud and ecstasy was being dropped off across the border in exchange for cocaine. Sound familiar?

Kim Bolan is reporting that Sam Brown, the helicopter pilot that committed suicide in a US Prison just prior top Jeremy Snow’s arrest, was caught with a drug shipment that was part of the same gang. Sam’s father seems to think his son was a pawn and took the fall for someone else. Colin Martin bragged about how many drug shipments he did and escaped prosecution.

Jeremy Snow had a nice tattoo of Christ on his chest. Unlike the skulls and deadheads the others have. Both Jeremy and Tiffany had young children from previous relationships. You have to wonder about the integrity of an organization that would use and promote someone like Joey Verma for taking the fall for the murder of Britney Irving. It is sad as in pathetic, a group can brag about killing such a wonderful young woman. Sam Brown was not a bad guy. Neither was Jeremy Snow or Tiffany Goruk. Colin Martin is a dirty rat and the Big Red Machine is deranged.

Turns out Tiffany had Norm Cocks on her Myspace friends. 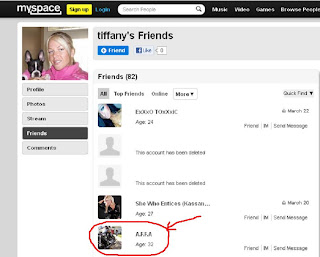 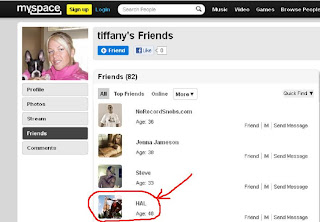 Somehow I don't think she was killed by a rival.