Canadian on trial in Mexico 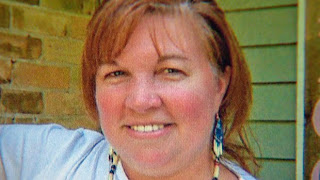 This case infuriates me. Here we have a Canadian on trial in Mexico not for a drug related offense but for being a peacemaker protecting human rights. She is a political prisoner. If she is guilty of what they accuse her of and there is discrepancies in the evidence, then that is the crime she is accused of. Trying to make peace and protect human rights. Now they want to send her off to Guantanamo with Martha Stewart.

A Canadian mediator named Cynthia Vanier has been accused of trying to help Gaddafi’s son and family escape Libya during the war and try to negotiate a peaceful resolution to the conflict. Now she is sitting in a Mexican prison facing four charges including attempted human trafficking. That is astounding.

Private security contractor Gary Peters claimed he and Cynthia Vanier had worked on a plan to fly Saadi Gaddafi to Venezuela as part of a scheme to mediate talks with the Canadian government and Venezuelan President Hugo Chavez to end Libya’s civil war.

Ms. Vanier, a professional mediator from Mount Forest, Ont., has denied any involvement with Mr. Gaddafi. Speaking from the Mexican prison where she remains in custody, she has said that Mr. Peters “has made a lot of things up,” should not have credibility and had ruined her life with his “delusional portrayal” of events.

Let’s pause for one minute and remember who the real criminals are in the invasion of Libya and the murder of Moammar Gaddafi: Canada. We went in as peace keepers to create a no fly zone. We did not do that. Instead he helped one side bomb the other side and helped the rebels murder Moammar Gadaffi and his children without a trial in a cruel and inhumane manner. We carry that liability. We had a Canadian General who was a poster boy puppet oversea that mission. He ran public relations interference so the secret objective would be accomplished and the no fly zone mission broken. We are liable for breaking that mission. 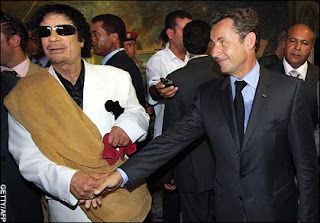 We helped Sarkozy murder Gaddafi for deciding to buy a reactor from Argentina instead of France. That is what that lie was really about. Sarkozy was accused of doing the same thing in Pakistan - Blowing up someone for changing their mind about buying arms from France. Nicolas Sarkozy is a dirty dog who was not re-elected. We helped him commit that fraud under the blood stained banner of peace keeping.

Remember Donald Trump’s bold declaration about the war in Libya when he was running for the Republican nomination? He said he would go in to Libya and take their oil. He said in times of war, that’s what you do. You go in and take the spoils of war. If he was president, that is what he would do. No beating around the bush there. Donald Trump was simply an honest George Bush. Gadaffi was a socialist. He believed in nationalized oil. That is the other reason we helped over throw him.

This whole charade with Cynthia Vanier rotting away in horrible conditions in a Mexican prison is a stain on all of us. Stephen Harper and Nicolas Sarkozy should be in prison, not Cynthia Vanier.

Update: After 18 months in prison Cyndy Vanier has finally been released and has returned to Canada. A tribunal of the Supreme Court of Mexico upheld her appeal.