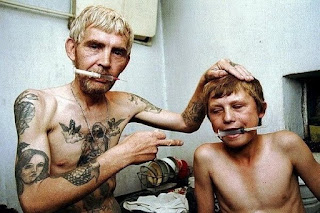 Jennifer Charlesworth, B.C.’s new representative for children and youth wants to create lethal injection sites for kids. That is criminally insane. The new doctor of death claims that twice as many young people in B.C. government care died of overdoses in 2017 compared to the previous year. Well maybe that's the root of the problem right there. The Ministry of Social Services shouldn't be promoting drug abuse. After all it is called drug abuse for a reason. Setting up an injection site for kids to smoke crack and inject heroin is child abuse. Parents need to sue the ministry if their kids are using illegal drugs while in the ministry's care.

In complete contrast the Ontario government is providing a voice of reason. Christine Elliott states that there may be clinical evidence against supervised injection sites. Of course there is. If you want to speak with an expert in the field talk to Dr Colin Mangham. He is an expert in the field and was chased out of the industry by the pharmaceutical fraud for opposing INSITE.

Harm promotion in Vancouver is not working. We need four pillars not just one. Wing nut extremists cite Portugal's drug policy but they only cite half of it. Portugal implemented mandatory treatment for addicts. The wing nut extremists forgot to tell you that part. Just like how they picked one of the four pillars and threw away the other three.

In Ireland Parents were charged with injecting their three kids with heroin at home telling them it’s feel-good medicine. It's called unlawful delivery of a controlled substance to a person under 18. Jennifer Charlesworth should be in jail. She should not be in charge of children.