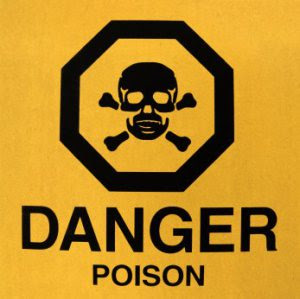 Well, well, well. Looks like the Insite spin doctors have been busy ostracizing and censoring everyone that doesn’t share their poison kool aid. Dr. Colin Mangham opposed the creation of Insite. He states “I was the author of one of three academic papers that all said essentially the same thing. I was embarrassed as a professional and as a graduate of UBC by [Insite’s] poor science and the misuse of data. It was allowed to stand in the media without correction. The media was making very positive, glowing statements without evidence.”

“I call on the committee, especially the elected representatives, to stop allowing a group of activists, whatever else they're clothed in, to dictate Canada's drug policies. The people of Canada and elected officials need to set drug policy.’

The Huffington Post states: “Dr. Colin Mangham is an expert in the field of prevention and has worked in the field since 1979. Over this time, he has written numerous prevention programs for schools, communities, and parents that are in use today. A Ph.D in School and Community Health, Dr. Mangham has developed and taught many university courses in health promotion, school health education theory and methods, community program planning, drugs in society, and epidemiology for non-epidemiologists. He has conducted research and evaluation in prevention for federal, provincial, and non-profit organizations across the country. Dr. Mangham is a reviewer for the Canadian Journal of Public Health, and a member of both the International Task Force on Strategic Drug Policy and the International Scientific and Medical Forum on Drug Abuse.”

John McKay is an outspoken critic of the Insite injection site on East Hastings and has called the scientific research project "a failed social experiment." McKay was the officer in charge of the VPD's beat enforcement team when Insite opened in September 2003. When Insite opened, McKay said, operators of the facility handed out lattes and T-shirts to addicts. And, he said, the VPD agreed not to arrest anyone with illegal drugs within a five-block radius of the site.

The decision to adopt a "no-charge policy" created a "culture of entitlement" for drug users, said McKay, adding that an addict simply had to say they were going to Insite to avoid prosecution. "In 2006, the culture of entitlement was so bad that addicts were openly using drugs at bus stops, school grounds and business fronts," he said.

There are two things we can do right now to combat this plague. We can stop handing our free heroin at Insite at taxpayers’ expense. We can also arrest drug dealers for selling crack or heroin in that area. Those are two things we are morally obligated to do. That is the four pillars. Vancouver Coast Health refuse to accept the four pillars. They just want one pillar which as we’ve seen is simply a one legged horse.

Vancouver city hall is part of the problem. They bought the Drake Hotel and gave the Hells Angels $2 million more than it was worth. That was $2 million of money for social housing right to a criminal organization. People need homes not drugs. Our tax base and our medical system can’t afford to buy free drugs. People can’t have an MRI but they can have free heroin. That is wrong. It will crash our medical system completely. Right now the main stream medical community is worse than the mainstream media. It is completely corrupt.

Posted by Dennis Watson at 9:33 PM