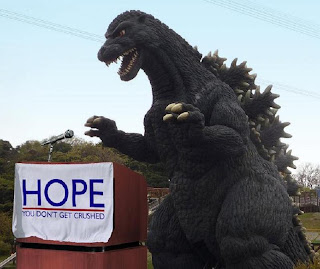 Locally, here on the western front, Godzilla says we don’t need a referendum on how to raise funding for translink. No big surprise there. Christy Clark announced Monday that any potential revenue sources suggested by the mayors, such as tolls on all roads and bridges, would be subject to a referendum during the municipal elections in November 2014. The move, she said, would allow people to have the chance to decide how much transit they want to pay for.

Three cheers. Christy said something that made perfect sense and she doesn’t have to wait for Godzilla’s approval to put the question on the ballot. Just don’t load the referendum question by saying something dumb like How should we get funding for translink: raise property tax, create a regional sales tax or toll every bridge and freeway under the sun. How about none of the above.

The spoilt brat mayors council needs to stop spending money they don’t have and building new lines to Timbuktu. Translink should be self sufficient. They already get an extra billion dollars a year in extra regional gas taxes. That means something is wrong and needs to be fixed before we pour more money into it. We need to put in turnstiles that actually work and stop giving a million free rides a year. We also need to stop building more lines until the system starts to turn a profit. No private business keeps spending money it doesn’t have.

Godzilla doesn’t want a referendum because she knows a real referendum won’t say the same thing her bogus online poll did that claimed the people want her to raises taxes and toll everything.

Speaking of the corrupt mayor’s council and Translink, if the World Bank has just banned SNCL from World Bank projects for the next 10 years, who gave SNCL the contract for the new Evergreen line we don’t need? Even Pee Wee Herman jumped ship. Doesn't he advise Christy Clark and Stephen Harper?