Coughing up the gold plated pension 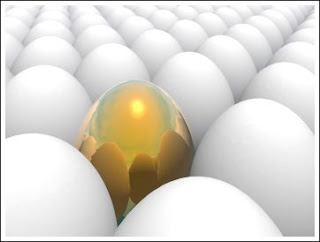 Front Page of today’s Vancouver Province is an interesting but depressing article about retiring MLA pensions. The headline reads: B.C.’s retiring MLAs to hit pension jackpot thanks to taxpayers’ generosity.

The article reads: “This Tuesday not only marks the official start of the election campaign, it’s also the day when retiring MLAs hit a pension jackpot of nearly a million bucks apiece. The potential lifetime pension payout for 21 retiring MLAs is a whopping $20.8 million, according to new calculations from the Canadian Taxpayers Federation. That number will only grow on May 14, when several incumbent MLAs (mainly Liberals) are expected to be defeated.”

There are two points I have to make. First, that’s a lot of tax dollars. Second, do we remember the history behind the gold plated pension? When Gordon Campbell was first campaigning to be elected he promised to oppose the gold plated pension. Then in his second term he implemented it. To me that’s breach of contract and there should be some kind of legal recourse.

More importantly was the obscene things that happened right before they all did the dirty deed and gave themselves two fat pay raises and the coveted gold plated pension. Gordon went on a ruthless campaign of cuts to social programs targeting the elderly and the mentally ill. They closed Riverview and put the mentally ill on the street to justify their raise and extravagant pension. In my mind that was obscene.

Let’s set aside the left and right name calling and stereotypes. Set aside the pot smoking hippie commies and the right wing corporate fascists for one minute and let’s just look at what happened. They took advantage of the elderly and mentally ill to satisfy their own greed and self indulgence. That was wrong. I don’t care if you’re left or right, what they did was wrong and we let them do it so that act has stained us. Obviously now we are paying for it with our tax dollars yet that act of inhumanity diminished us as human beings.

Cutting back funds for pensioners and cutting back their medical was like stealing a purse from a little old lady done a thousand times over. When we see Gordon Campbell’s dry heaving smile, remember what put that simile on his face. Ripping off taxpayers, seniors and the mentally ill. Getting chauffeured around London to represent Canada during their Olympics was a huge slap in the face of the general public.

I’m not saying Riverview was club med and didn’t need some soul searching of it’s own, but putting the mentally ill on the street was wrong. The numbers of mentally ill that are homeless in East Vancouver has skyrocketed since Gordon Campbell did his dirty deed when he was in office. That put all these immensely vulnerable people right into the hands of the drug dealing predators who gave them crack for free then beat the life out of them for payment. That’s what we did.

We even paid for workers from Vancouver coast “Health” to go around and hand lout free needles and mouthpieces. What’s this for they ask. Well the needles are for shooting heroin. It’s so you don’t share needles which is bad because you could get aids. Oh, thank you. What’s the mouth piece for? That’s for smoking a crack pipe. Sharing crack pipes is bad. You could catch a cold or get some other virus. We care about your health you know. I see, well thank you very much. Now Insite hands out free crack pipes instead of mouthpieces.

To the mentally ill, these workers look like nurses but they’re not. They are little demons doing the devils work at the taxpayers expense. Handing out free needles and crack pipes gives the misconception that shooting heroin or smoking crack is OK but sharing needles isn’t. So as long as you’re not sharing needles, everything is OK. But it’s not. Heroin and crack is like rat poison. It destroys the human mind and body. We are giving these vulnerable people the wrong message and we are feeding the drug dealers profits. That is what we are doing right now and the epidemic in East Vancouver is completely out of control. That is what the gold plated pension has done. 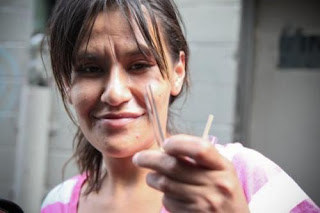 Sadly, the NDP voted in favor of the pay raise and gold plated pension. Carol James had some less than scrupulous MLAs who insisted on supporting it. She should have opposed it and given the caucus a free vote. The rest of us just bowed our heads in shame. Sadly, the BC NDP also strongly support Insite and the abandonment of the Four Pillars.

The number of needles being exchanged at provincially-run centres on P.E.I. has doubled in the last two years. Same with Halifax. That means the program is not working. It is creating more addicts instead of helping them get treatment. John Cummings gets my vote. Maybe Christy Clark should debate him instead. I can’t support Insite and I can’t support the BC Liberals corruption.

It’s the same with the Green Party. The Green Party has some wonderful core beliefs. As Preston Manning recently said, protecting the environment is being fiscally responsibly. Unfortunately I cannot support their position of legalizing all drugs. Legalizing crack and crystal meth is irresponsible. The war on drugs has failed because we never fought it.