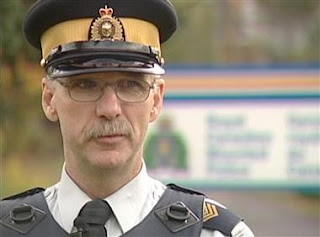 Stuart Seib, the former RCMP commander in Merrit, BC pleaded guilty to stealing and using cocaine from an evidence locker. This is an old story but he recently pleaded guilty in February. His sentencing was supposed to be April 9th in Kelowna but I haven’t seen any news of what happened yet.

As I recall, the disturbing part of this case was that he was caught because he told a subordinate about it. That would imply he thought the subordinate would have been OK with it which he was thankfully not. That leads us to ask how many other subordinates knew about what he was doing and were OK with it. One of the places he previously served in was Prince George.