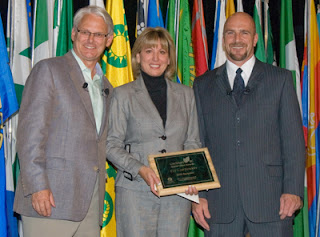 This week the Surrey Leader has a front page article supporting Godzilla’s quest to build an incinerator in Surrey. How about no incinerator? Everyone else is phasing them out. Why should we go backwards environmentally and put one in Surrey just because the company that wants to make money burning toxic garbage contributes to a political campaign? The Surrey Leader has some good articles but it is also becoming another Rupert Murdoch tabloid full of propaganda. I’m sure they can pay someone to give them an award for that too. Maybe another poll that says people want to raise taxes and burn toxic waste. They can always just slip a new casino in Newton since people were overwhelmingly opposed to it at the public meeting. I’m sure they’ll give themselves an award for that too.