Getting rid of the HST has saved taxpayers millions 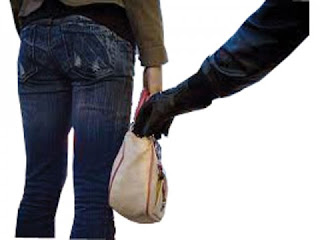 Local papers report that getting rid of the HST is costing the City of Surrey $4 million. Which really means, the HST was indeed a tax grab and the city was getting an extra $4 million from it. In reality, it has saved the residents of Surrey well over $4 million in extra taxes. Something Godzilla will quickly want to make up to pay for the furniture in her new Ivory Tower. We knew they wouldn’t spend money on HST adds if it was indeed a reduction in tax like they claimed.

Translink funding has become an election issue. BC Conservative leader John Cummins prophetically said: “The problem with TransLink is that the board is unelected and not accountable to anyone. They extort a fee out of us through the hydro levy, the parking tax and tolls for bridges and tunnels. They have their own police force and they're a secret organization and they have no public input.”

“The Liberal government eliminated the board of elected representatives and replaced it with a board with no track record of fiscal management. There are significant inefficiencies in the way TransLink is run and they need to tighten it up.”

“I think we're taxed enough. TransLink is getting sufficient income to move ahead with some of these projects [such as rapid transit for south of the Fraser River and along Vancouver's Broadway Corridor], without additional money.” Ah yes, the sweet sound of truth and logic. Harry Bains, NDP Transportation critic said: “We need to change the governance mode by bringing the locally elected mayors or councillors back to the board so they can use their expertise and knowledge and plan transit along with land-use planning, because transit and land use go hand in hand.”

Wrong, land use is a factor but the over budget mayors council has created the problem. They want to burn money at taxpayers’ expense and raise taxes to justify their new found jurisdiction. Stop duplication and let the mayors mind their own business. Spending their own money not someone else’s and balancing their own budget. Harry Bains is right about the fact that TransLink is always running out of money shows that bad decisions are being made.