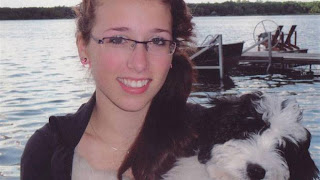 A blog reader asked me to write about this case and I told them I would but it was going to take some time for me to process it. Another young suicide and another gang rape. These horrific events aren’t easy to talk about.

Rehtaeh was from Dartmouth, Nova Scotia. 17 months ago she was gang raped by four young men. One of them took pictures of the event and posted it online for everyone at school to see. She was shunned and left town. She couldn’t go back to school.

She moved to Halifax and checked into a hospital to help her cope with anger, depression and thoughts of suicide. She returned to Dartmouth and high school but gave in and committed suicide. It’s a horrible story that retells the same dark atrocity that repeats itself across the country and sadly the globe. Evil cowards bragging about deranged acts. They are the ones that should have been shunned. It shows just how insane society has become.

To make matters worse, the police weren’t laying charges even after her suicide. Today we receive word that the police are “reopening” the case. That doesn’t mean charges will be laid. It just means they are promising to take another look. This after an anonymous group threatened to out the rapists and expose their identity in public. No doubt the world would be much less tolerant of their obscene acts then their small group of insane peers.

I’m not going to expound on it. Gang rape is a deranged act. Raping someone let alone taking turns raping someone displays a mental illness. Bragging about it is insane. This case is such a terrible loss. It represents the loss of a life and the loss of our humanity.

A moving message from Rehtaeh's father.