Nic Nero and the murder of Johnnie Raposo 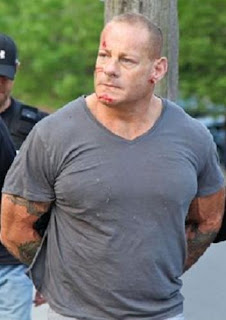 While Toronto Police homicide detectives have insight into the slaying that they’re not revealing, organized crime specialists suspect drugs and drug ripoffs may have prompted the alleged hit on the 35-year-old. Some claim Johnnie Raposo had gambling debts. However, another source told the Toronto Sun that Raposo was aggressive and more likely to be the kind of man who you would owe money to, rather than run up his own debts.

My question is, if the Calabrians from Hamilton were doing hits on the Rizzutos while Vito was in prison, Who was good old Nic Nero the armed robbery Hells Angels associate getting his cocaine from? The Rizzutos or the Calabrians out of Hamilton? Who was Oh Johnnie selling for?

We know the Hells Angels were working with the Rizutos again after Vito got out of prison in that billion dollar cocaine for BC Bud trade in NYC. I’m just wondering who they were working with when Vito was in prison.