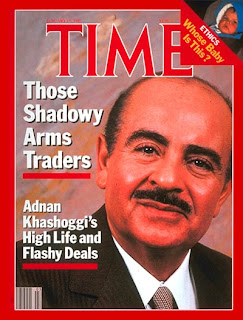 Barrack Gold is in the news. Shareholders just rejected a $17 million executive pay bonus plan by an 85% vote during a restructure cutting half a billion dollars in operational costs. They only made $923 million last quarter instead of $1.1 billion. Barrick said the main reason for the lower profit was lower gold and copper prices and reduced volumes sold during the quarter. Sounds like price fixing to me.

The vote however was symbolic and the board has the final decision. Barrack CEO Jamie Sokalsky said the board would "carefully consider" shareholder perspectives. “Founder” Peter Munk owns less than 1% of the total equity of Barrack, yet controls the board appointments.

The very unhonorable Brian Mulroney is on the Barrack board of directors along with Nathaniel Rothschild. Lyin Brian is chairman of the International Advisory board. George Bush was on that board during the Bre X scandal but has been replaced by John Ellis Bush. Oh Johnny has been involved in a brave bit of fraud as well. Let’s not forget how Stephen Harper used his government to influence a decision in favor of the conflicted company.