7 Alberta jails locked down after walkout 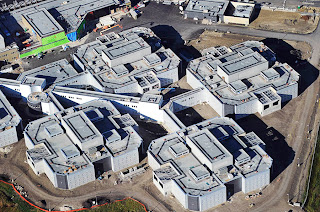 MSN news is reporting that “Seven Alberta correctional facilities are in lockdown mode today after guards walked out across the province overnight. Guards working there say their concerns about safety inside the facility are being ignored by the Alberta government. They're also protesting the suspension of two union members who sources say have objected to the working conditions.” 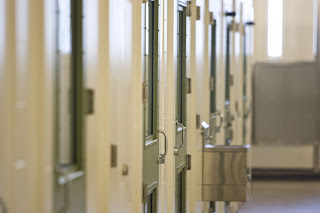 Privatizing the prisons is NOT he answer. Funding them is. However, the guards concern here seems to be over the design of a new facility where the pods are open. It puts guards face to face with inmates. I’m not sure what that means. It appears that the cells have doors. I’m not keen on the idea of having no privacy sitting on the toilet. Yet getting a new facility is a good thing. 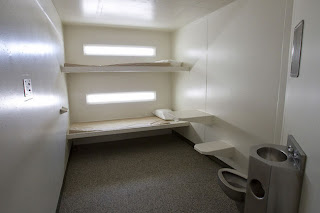 I think we simply need to dispel the misconceptions we have about drug trafficking and stop letting the dealers sell crack in public. Three months in jail with no drugs for a prolific offender who steals to support his addiction is not excessive. Three months in jail with no early release for selling a small quantity of crack on the street is not excessive. It is however, something and it is our moral obligation to do something to curb this insane plague than is overcoming us.

My father was big on prison alternatives. Rehabilitation isn’t the primary issue, public safety is. Yet rehabilitation is an issue. Obviously everyone would rather spend tax dollars on schools and hospitals than prisons. No one really wishes that on anyone. Prison is in essence, a time out for kids who never grew up. There’s one homeless man in Surrey that repeatedly tries to get caught stealing things so he has a place to stay for the night. Housing, training and addiction treatment not perpetuation are constructive things we should spend money on.

Update: After a five day illegal strike the Union representing prison guards in Alberta has struck a deal with the Province and workers will return to work 7:00 AM Wednesday May 1st. Sheriffs and court services had joined in on the strike and that situation still appears to be a complete mess.