So this is how liberty dies 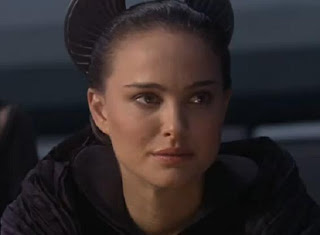 Sadly, Ottawa passed the controversial terror bill allowing preventative arrests and secret hearings. It gives security agencies “exceptional” powers to probe terror plots. Sadly the Vancouver Province headline reads Bill to help prevent terrorism passes. That is not what this is about.

The bright side is that the Bloc, the NDP and Elizabeth May all voted against it. It was the Harper government and Justin Trudeau’s Liberals that signed this dirty deed. Thomas Muclair 2, Justin Trudeau 0. Stephen Harper, go directly to jail. Ironically, it was vote number 666. I kid you not.

Alexandre Boulerice, a member of the NDP from Quebec said: “Mr. Speaker, I would like to begin my speech, which will end the day, by pointing out the irony of this situation. We can already hear Conservatives outside the House accusing the NDP of being soft, of not believing that safety is an important issue and of being soft on crime. It is the same old tune. However, this is their bill.”

“Although we might be hearing them outside the House, we are not hearing them much in here. They are not here; they are not talking today. The NDP members are the only ones standing up to say that they care about the safety of Canadians and the Canadian value of respecting rights and freedoms. As the official opposition, we take this issue much more seriously than the Liberals do. They will stand with the Conservatives and vote in favour of a bill that will undermine our civil liberties. We find that particularly disconcerting.”

Here here! Can I have a Je me souviens mon frère? Liberté, égalité, fraternité.

Carol Hughes, a member of the NDP from Ontario said: Mr. Speaker, once again, we have to ask ourselves questions when such a bill is presented. As I said, it is surprising that the Liberals are supporting a bill that will really have a negative impact on the rights of Canadians and their Charter of Rights and Freedoms.

When there is a demonstration, in Quebec or elsewhere, they will obviously use such legislation if they do not agree with the demonstration. We therefore have to ask ourselves the following questions: is the legislation necessary? Are current laws sufficient to deal with the problem of terrorism? Does the legislation violate fundamental rights? We quite simply do not believe that Bill S-7 meets these criteria. I think it is obvious that there is no difference between the Conservatives and the Liberals with respect to the protection of our rights: they disagree.

Thank you sister. Thank you for recording your dissent.

Alexandre Boulerice also said: “Mr. Speaker, I want to congratulate my colleague from Halifax on her speech. I would like her to comment on the flip-flop by the Liberal Party of Canada. The Liberal Party is the party that most often wraps itself in the Canadian Charter of Rights and Freedoms, which it says is so important in the history of Canada, and we agree with it on that point."

"Why today will the Liberal Party, the party of the Charter Rights and Freedoms, be going against all the country's rights and freedoms advocacy organizations, which tell us that Bill S-7 is a threat to our civil liberties? Why is it joining forces with the Conservative Party, when we know very well that there is a real chance this bill is unconstitutional and violates the Charter of Rights and Freedoms? Even the former director of CSIS said that the measures in this bill were neither appropriate nor necessary."

Elizabeth May, leader of the Green Party said: "I stand with him in finding, despite my concerns about terrorism, that this current law, Bill S-7, goes too far, and that the existing tools and law in the Criminal Code are more than adequate. I stand with the British Columbia Civil Liberties Association, the Canadian Association of University Teachers, the Canadian Civil Liberties Association, the Canadian Council on American-Islamic Relations, the international civil liberties organizations, as well as with the concerns expressed at committee by the Canadian Bar Association, in believing that the bill potentially violates our Charter of Rights and Freedoms and will therefore be struck down later."

In the Star Wars saga, Senator Palpatine used a false flag attack to gain sympathy in the senate so he could become Chancellor. Once he got those powers he used a manufactured emergency to do away with the free republic with the stroke of a pen and created a galactic empire.

In response Padmé said “So this is how liberty dies, to the roar of thunderous applause.” This is exactly what has happened here today. This is a sad day for all of us. Let us have a moment of silence for the death of the Canadian Charter of Rights and the death of our Liberty. Once liberty is lost, there’s only one thing that will bring it back.

Posted by Dennis Watson at 8:53 PM