FIPA is the final nail in Liberty’s coffin 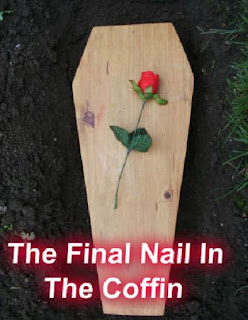 We have learned by sad experience that NAFTA chapter 11 is an insane attack on Canadian taxpayers and their liberty. It has nothing to do with free trade. It is a compensation clause where corporations can sue the government in secret tribunals if the government makes any law protecting the environment or public services that would inhibit a corporation’s ability to make a profit.

We have seen a long list of compensation awards that are not only ludicrous, but are burning tax dollars for nothing and creating a huge financial burden on tax payers for ridiculous reasons. One example is SD Myers Inc. That company received $6 million compensation in tax dollars because it wanted to import PCP toxic waste into Canada and the government created a law banning such. Banning their dumping of PCP in Canada inhibited their ability to make a profit and resulted in a compensation award from one of these insane tribunals.

The same concerns arise with TILMA and now with FIPA, the new free trade agreement with China that has nothing to do with free trade. Stephen Harper even had the audacity to put out a commercial attacking Thomas Mulcair for not supporting the secret attack on our sovereignty by saying he doesn’t support investment or free trade. That offensive lie is what drives Harper’s caucus.

Last year Rick Mercer expressed his concern about the way this dirty deal went down. A secret agreement signed with China in Russia. Mercer pointed out that, while the North American Free Trade Agreement requires six month’s notice to withdraw, the Chinese deal requires 15 years. He claimed “This fetish for secrecy has to stop.”

The Council of Canadians has called the deal a “corporate rights pact” because it would lead to lawsuits that would force Canada to weaken its environmental regulations. It called on Canada to follow Australia’s example and stop negotiating these sorts of clauses into trade agreements.

Don Davies submitted a motion against the insane agreement and Gerald Keddy said Davies doesn’t agree with investment. Not so. Elizabeth May, the beacon of light, has also spoken out against the corrupt agreement. Not only does it remove our sovereignty, it is also an assault on the environment. Elizabeth May supported the NDP motion to stop FIPA on Monday. Justin Trudeau’s Liberals and the Harper government did not. Thomas Mulcair 3, Justin Trudeau 0. Stephen Harper - go directly to jail.

Giving Communist China control of our oil was absolutely insane. We are now funding China’s military expansion and helping North Korea become technologically capable of following through with it’s threat to nuke America. Giving Communist China control of our sovereignty with a insane agreement that has nothing to do with free trade is the final nail in Liberty’s coffin. I call heaven and earth to record this day that Stephen Harper is more of a Communist than Pierre Trudeau ever was. Word.

Posted by Dennis Watson at 2:39 AM