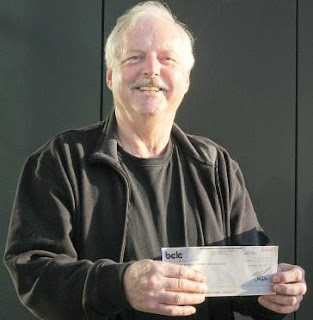 Sorry but this latest news report is absolutely ridiculous. MSN news is reporting “Canadian police say they have arrested two men and thwarted a plot to carry out a major terrorist attack on a Via passenger train in the Greater Toronto Area.” Bullsh*t. It’s like a bunch of kids who start telling a lie then get more and more absurd to try and get people to believe their lie.

This Canadian false flag arrest comes just as Parliament debates a bill that gives police the right to arrest people without a charge. Another Violation of the Charter of Rights I mentioned in my Ebook.

The investigation was part of a cross-border operation involving Canadian law enforcement agencies, (including CSIS) the FBI and the U.S. Department of Homeland Security. There ya go. US bullsh*t crossing the border. Operation Northwoods was real. We need to discuss that. The Joint Chiefs of Staff who approved Operation Northwoods went to Europe and implemented the same plan in Operation Gladio. They didn’t just talk about it, they actually did it.

Today’s’ case reminds us of the Toronto 18. No kidding. That was another ridiculous scam of entrapment. At least Canada hasn’t killed innocent civilians yet. They just make up these ridiculous stories the US Homeland security feed them under the watchful eye of the CIA. Who as we know have a long history of drug trafficking.

Vic Toews is the one that said if we don’t support his crime bill we support pedophiles. Then when the media pointed out his crime bill gave the police the authority to put people under surveillance who have not been accused of committing a crime he said he was surprised to find that out. Exactly. He didn’t even read the bill. This is why we need to examine 9/11. If we let them get away with that, there’s no end to the insanity they will keep pulling.

The RCMP send out a press release and the media run with it. What about Richard Barszczewski? He was that high ranking RCMP officer that pulled the plug on pressing charges against the Hells Angels when 2 and 1/2 tons of cocaine were seized in the Western Wind. Julian Sher reported “It would have been a success if not for Richard Barszczewski, says one Canadian police officer, noting it was Barszczewski who pulled the plug not once but twice on the operation.”

Oh yeah, he’s in Whiterock and won the lottery. Says he wants a summer cottage in Halifax with his buddies. Come to think of it, David Giles was the one implicated in that cocaine shipment. He’s from Halifax. Skelletor was in court today to fix a date part of E-Predicate. The Hobo clown still hasn't made bail.

Richard Barszczewski was named in yet another RCMP sexual harassment case. Money talks and the bullsh*t never stops. What about Michael Riconosciuto? Keeping an unlawful secret is unlawful. A Noble Lie The Oklahoma City Bombing

Sadly, Justine Trudeau’s Liberals are actually supporting the bill in defiance of his father’s charter. The NDP are the only ones expressing a concern about the timing of the bill. They still might support it but they are expressing a concern about the timing. Why is it that the socialists in Canada are the only ones concerned about human rights and protecting the charter when the capitalists are not? I guess that’s another misconception. Thomas Mulcair one, Justin Trudeau zero. Stephen Harper – go directly to jail.