The Predatory nature of drug dealers 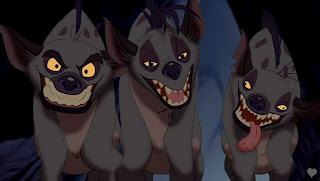 Janice Shore’s brutal murder in Whalley showed us the predatory nature of drug dealers here. Just like the murder of Bob Roth in Edmonton and the murder of Ashley Machiskinic in East Vancouver. All three murders are connected.

Let’s start with Ashley. She was murdered on September 15 2010. She fell to her death from a hotel window in East Vancouver. At first the police were treating it as a suicide until they began to have public protests claiming it was murder. Family. Friends and advocates claimed she was pushed out a window for a drug debt and it was not the first time this kind of thing has happened. 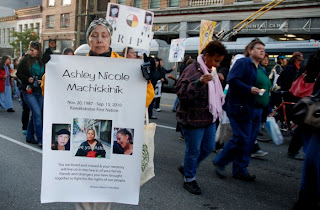 Carol Martin of the Downtown East side Women's Centre was quoted in the paper as saying: "Women get their heads shaved for a $30 drug debt, they're killed for $50." Killed for $50. That must be the East Van rate. In Prince George they were cutting off fingers for a $170 drug debt. For a $300 drug debt someone was hacked up with a medieval battle axe in Prince George. Human life seems to be valued less by the predators in East Vancouver.

Clearly, my submission is that if Ashley Machiskinic was murdered for a drug debt, that debt was ultimately owed to the Hells Angels since they control the drug trade in East Vancouver. Sure they would have had some puppet or associate do the deed, but Tony Terezakis was a drug dealer for the Hells Angels in East Vancouver who filmed himself beating the life out of drug addicts who owed him money. 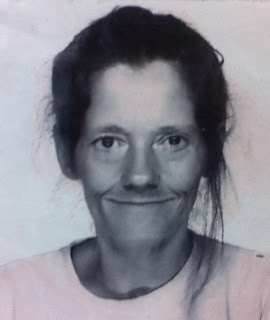 Now let’s pause and look at Janice shore’s brutal murder. She was brutally beaten and raped in public on a Sunday morning and left where everyone would see her to send a message. The Surrey Leader reported that one source told them she was killed for a drug debt. Those that knew her said it couldn’t have been a large debt because she was a user not a dealer. No doubt that is who they target to use as examples.

Janice was a nice person. She was quiet, polite and friendly. She also struggled with a mental illness. What kind of predator gives a quiet homeless woman with a mental illness free drugs then beats the life out of her for payment. Giving the homeless and the mentally ill free drugs then beating them and torturing them for payment is predatory. It is total low life. That is as low as you can go.

They scratched out one of Janice’s eyes. They caved in the side of her head and her jaw. There was absolutely no need for that kind of brutality. These are not the people we should be letting sell drugs in public let alone pay them for heroin at the unsafe injection site. When we let them sell drugs in public we endorse their brutal violence and their exploitation of the poor, homeless and the mentally ill. 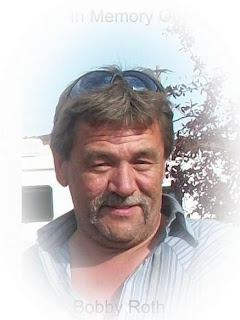 Bob Roth is yet another example. The vice dot com did an interview with me after I published the identify of the body they found decapitated outside Edmonton claiming her was murdered for a drug debt by the Whiteboy Posse. They were interested in the fact that I published the details before the arrest was made. What we all should be focusing on is the predatory nature of these deranged murders. This has got to stop and right now we are enabling and supporting them when we should be doing everything in our power to stop them. It’s not that the war on drugs has failed. We haven’t fought it. We haven’t even tried.