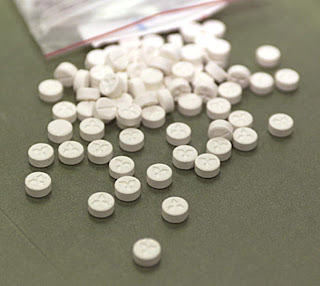 Tuesday morning US border agents saw two Canadians with backpacks in a forest used by smugglers. They told the suspects to stop. One man dropped his back pack and fired at the border agents whereupon both men fled. The backpacks contained 58.2 pounds of ecstasy. Canadian Jeffrey Laviolette was arrested.

Wednesday, Abbotsford police arrested the other suspect Nathan Hall in his Abbotsford home. He wouldn’t come out so they gassed him. Ryan Lambert and Kali Henifinn, the intended recipients of the drugs were also arrested. They’ve been charged with conspiracy to distribute MDMA. Worth finding out if it’s the real MDMA or the fake stuff they make now with BZP since they can’t get the original sassafras oil ingredient.

BF posted a link to the Metro Vancouver article. Kim Bolan has the story as well and linked to the court document. Here a copy of the document filed in US court.

Canadians nabbed in border incident were on 'most wanted' lists

Nathan John Hall has now been charged in the US