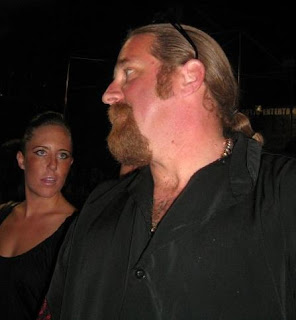 One of Brittney Irving’s friends wrote in and asked me to write about her case since it was the three year anniversary of her murder. This case concerns me. Along with the murder of Geoff Meisner and Dain Philips it was the focus of the Kelowna Summer Jam last year.

It’s yet another heart wrenching tale of a beautiful young woman cut down in her prime. Someone who was addicted to oxy and excited about going into treatment once and for all. Joey Verma, originally from the Independent Soldiers and associated with the Kingpin Crew was charged in her murder. The voir dire is set for June 2013 and the trial is set for September 2013. Finally.

Just prior to her murder, Brittney was arrested after RCMP raided a grow-op at her home. She was selling pot to pay for her oxy addiction. She had decided to go into treatment and was on one last drug deal at the Days Inn hotel. She was last seen by a family member at the Days Inn but left to visit someone about the drug deal in Rutland. We know another tragedy occurred in Rutland. The murder of Dain Philips. Robert Thomas and Norm Cocks have been charged in that murder.

The night before Brittney disappeared one of her friends claim when referring to this last drug deal: "She said, 'I'm going to meet someone that is a real bad person, and I'm scared of doing what I'm going to do. But this is the last time, don't convince me not to.”

If Britney was running a grow op in her home, it was for the Hells Angles. If she wanted to get out of the business she would have had to meet with someone further up the food chain. Leaving the business isn’t something these predators take kindly too. Making up a false report about her being an informant would be a common excuse to kill her. They made the same false report up about Geoff Meisner when they found someone else to do his Vegas run for less money.

If Joey has been charged in her murder, no doubt he could have been involved. Yet this whole theory of him ripping her off and killing her as a drug rip is a bit far fetched. As I said before, if he was acting on his own and ripped her off, he would have left town because he would have been ripping off the Hells Angels. Yet he didn’t. He stayed in town doing business as usual. In fact he even got a VP tattoo for Vice President and was reported to be recruiting for the Kingpin Crew in prison as though it was a sanctioned hit.

So we can use Joey as a scape goat for the murder but the bottom line is that someone further up the food chain had to have called the hit. Richard Goldhammer is the one who was overseeing the Kingpin Crew on behalf of the Hells Angels. At least he was when Geoff Meisner was murdered. Somehow I think these two cases are connected.

The press got a hold of Tammy’s court application to try and get Geoff deemed legally dead so she could sell some assets to feed her kids. In that report she admitted that Geoff was affiliated with the Kingpin Crew and the Hells Angels. That would implicate Dale and Dick. Seeing how Dale was just a low life puppet. Oh I mean low level. My bad. Sounds like things aren’t going too well for him and his crew right now. In fact it would implicate all of the Kelowna Hells Angels. Just like in Quebec where they are all being tried for murder because they contributed part of their drug profits to a fund to murder rival drug dealers.

Brittney’s Ford Explorer was found parked in a pullout on Philpott Road near Highway 33 in Joe Rich. That’s on the way to Big White. I drove past there last month. It’s beautiful out there. Lots of nice scenery Brittney would have enjoyed taking pictures of. Brittney worked as a care aid and would often go in to work on her days off. "Not because she got paid to do it, but rather because she enjoyed the people she worked with." May she rest in peace. 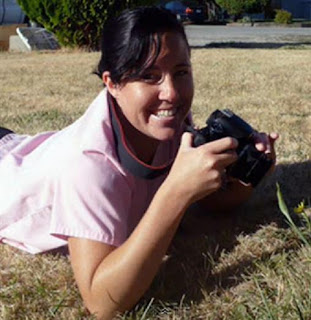