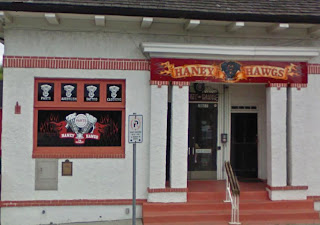 Blog readers comments about a shooting at Haney Place Mall on scan BC have been confirmed. The Vancouver Sun is reporting that last night at 8:00 PM a man was shot at the mall and pronounced dead after being airlifted to the hospital. Kim Bolan has mentioned it on her blog. Name of the victim has not yet been released nor and information about it being targeted or gang related. We know that the Hells Angels are very much involved in that area. That’s the chapter that ran Piggy’s Palace and was involved with the Pickton farm.

The Vancouver Sun has confirmed that the victim was Claude DeGuire.

In 2008 a Maple Ridge drug dealer brutally raped and assaulted a sex trade worker and told her her husband had a drug debt to the Hells Angels and his life was in jeopardy. The initial report in the Vancouver Province has expired but I did report on it at the time. Around the same time Victor Joseph Reis was charged in a brutal rape in Maple ridge. The victim claimed he showed her pictures of himself with members of the Hells Angels to intimidate her. All frighteningly reminiscent of the Pickton Farm. Another local source claimed that prostitutes can’t work in Maple Ridge unless they work for the Hells Angels. I still haven’t heard any follow up on La JJ’s.

Police have two suspects in custody

Kim Bolan is reporting that Edward Marke Antonsen from Maple Ridge has been charged with second degree murder in the shooting. IHIT said the shooting was related to the drug trade. The Maple Ridge news implied that Deguire was once associated with the United Nations gang.