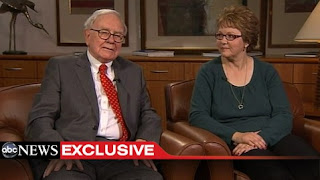 Evidently there has been some kind of massive leak about off shore financial information revealing how the rich evade taxes through off shore investment. The concept is no secret. It’s been going on for years. I guess the details of who’s doing what has actually been released.

Canadian Senator Pana Merchant has been named in the release. CBC is covering the data leak. They have an interactive map on the topic. They posted a list of countries affected as well as a list of 5 big leaks of offshore financial data. However, they aren't releasing all the data about Canadians yet. They're going to sort through it first.

Nobody likes taxes. Michael Moore talked about the historic shift in tax rates for the wealthy. Previously the more money you made the higher tax bracket you were in and the more taxes you paid. At one point the extremely rich were paying up to 80% of their earnings in tax. I do think that was extreme.

Yet Michael Moore pointed out how we have gone to the other extreme where the very wealthy pay next to no income tax through off shore investments. That is wrong. It doesn’t help build the local economy and forces the middle class to pay all the tax revenue.

As I’ve said before, no one wants to be over taxed yet the fact that Warren Buffet pays less tax than his secretary shows there is something wrong with the system. His secretary pays income tax at a rate of 35.8 percent of income, while Buffett pays a rate at 17.4 percent. Over taxing the rich or the large corporations isn’t the answer but letting them pay no or very little tax isn’t the answer either.

The other example is the fraudster Donald Trump. In two of his recent tax returns he paid no income tax at all. That just isn’t right. I don’t think anyone no matter how much money they make should ever have to pay more than 50% of their income in tax. Yet having the wealthy pay little or no tax is just plain wrong. It is tax evasion and these off shore accounts help them do it.

The solution is simple. We should stop rewarding people for investing off shore.