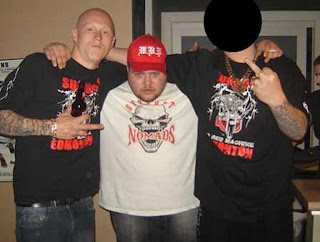 The White Boy Posse murder trial has been set. CBC is reporting that a 15-day preliminary hearing is set to begin Sept. 23 at the provincial court in Saskatoon. Randy O'Hagan is charged in three separate murders including the decapitation of Bob Roth for a drug debt.

Police believe that they killed Lorry Santos by mistake while trying to break into the Saskatoon drug market. Not a mistake as in they didn’t mean to kill her, a mistake as in she wasn’t the target. It will be interesting to see what the evidence supports because local concern is that it was a hate crime.

I’m no brain surgeon but I’m having a hard time understanding how they could have mistaken a private residence for the Saskatoon drug market. She answered the door and they shot her dead. If it wasn’t the drug market they could of just said wrong house, my bad and walked away. Yet they didn’t. They shot her dead. Either way it’s a tragedy. A beautiful young woman murdered for no reason. It’s hard for someone to build their credibility after that. 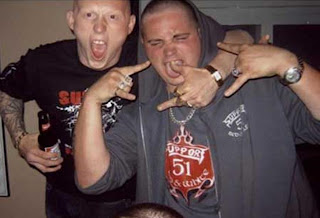 I still need to find out what the status is on the WBP trial for those idiots from Whitecourt, Alberta who were arrested for drug trafficking then shot a sheriff in the hand trying to escape. They were recaptured shortly thereafter in the same small town. One blog reader commented how the guy on the left looks like WBP member Tyler Corbett who is wanted for drug trafficking. 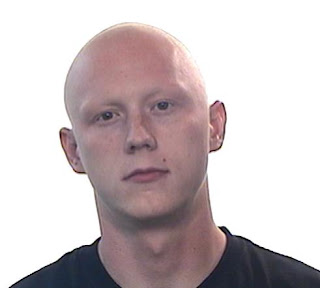