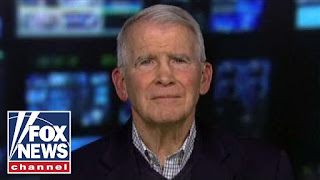 The Miami Herald is reporting that "Less than a year after a convicted drug lord testified that he had met with the Honduran president’s brother to discuss the repayment of debt related to a money-laundering operation, Juan Antonio “Tony” Hernandez was detained by federal agents in Miami on drug and weapons charges. Hernandez, the brother of President Juan Orlando Hernandez, was detained Friday for “conspiring to import cocaine into the United States, and related weapons charges,” said James Margolin, the chief public information office for the U.S. attorney’s office for the Southern District of New York, in a statement to the Miami Herald. Margolin said Hernandez was expected to appear in federal court in Miami on Monday."

Like I said, the election fraud in Honduras which Donald Trump supported, wasn't to stop drug trafficking it was to promote it. Honduras has been a central hub in the CIA's drug trafficking network since Iran Contra. Hilary Clinton supported the CIA coup in 2009 and Donald Trump supported the CIA election fraud in 2017. Controlled opposition. Nothing has changed.

Rappler.com is reporting that "The former head of the Los Cachiros cartel Devis Leonel Rivera Maradiaga had testified to a court in New York in 2017 that he had bribed the president's brother when he was a lawmaker, in exchange for his assistance to the traffickers. Maradiaga had also testified against Fabio Lobo, son of former Honduran President Porfirio Lobo, who was sentenced to 24 years in prison for collaborating with the Los Cachiros cartel. In his testimony, he had explained how the Los Cachiros had set up an intermediary company which it used to conduct business with the government, and which served to launder its trafficking profits."

It's OK President Juan Orlando Hernandez's brother Juan Antonio Hernandez will get a pardon after he's convicted and then they'll give him a job with Fox News along side Oliver North. 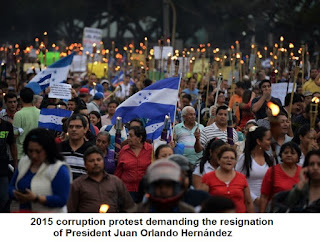