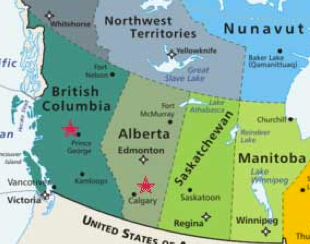 The Manitoba Post is reporting that "Illicit drug use presents an urgent and growing threat to our community and public health. Illegal drugs, such as methamphetamine, cocaine, heroin, and ketamine continue to be a risk to the safety and well-being of all citizens. Addiction, property crime, and acts of violence are often a result of the drug subculture. In order to combat the current crisis, the Winnipeg Police Service has implemented an Illicit Drug Strategy that includes elements of enforcement, intervention, awareness, and education.'

"One of the primary goals of the WPS Organized Crime Division is to disrupt the illicit drug market through enforcement. The Organized Crime Division initiated Project Riverbank in early 2018. This investigation targeted a sophisticated criminal drug network that supplied a variety of illicit drugs through a supply chain across the western provinces including British Columbia, Alberta, Saskatchewan, and Manitoba." To make a long story short, they made a drug bust.

"The following 10 adults were arrested and charged with a total of 156 criminal code offences related to conspiracy and trafficking of a controlled substance, firearms, and proceeds of crime."

This report is very significant for two reasons. Listen to the wording of the first two paragraphs quoted. It doesn't sound like Post Media News because it isn't. "Manitoba Post the province's independent and locally owned home for news, sports and entertainment."

That explains it. Manitoba Post is independent from Post Media News Propaganda. The writing style of the first two paragraphs is very distinct. It is very simple, direct and truthful. You don't read that in Post Media News. e solution to gang violence in Surrey is simple.

They are spelling it out for us which ties us to the second reason this report is so significant. Manitoba is confronting the illicit drug trade, BC is not. I'm not talking about illegal pot because now that pot is legal there is not such thing. In BC all they are concerned about is eliminating competition in the legal pot trade. They don't make hard drug busts any more ever since the Kelwona Summer Jam when the OMGU was disbanded.

The police are *supposed* to try and disrupt the illicit drug trade. I'm not talking about pot. I'm talking about crack, crystal meth and fentanyl. The police need to focus on those harmful drugs and get them off the streets. Right now in BC they aren't even trying to do that. All they are trying to do is collect user fees for letting it continue as they focus on seizing the proceeds of crime.

Enforcement is a fundamental principle in the New York model and it one of the crucial elements in the four Pillars program that the extremists threw away which launched harm promotion in BC.