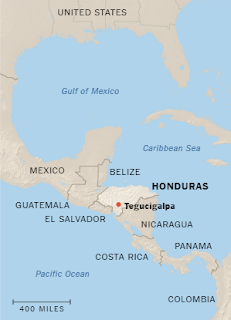 As the corrupt president the people have been protesting against for years is sworn in after a fraudulent election, ABC News is reporting that "The newly appointed national police chief in Honduras, a key ally in the U.S. war on drugs, helped a cartel leader pull off the delivery of nearly a ton of cocaine, according to a confidential security report obtained by the Associated Press."

"Chief Jose David Aguilar Moran, who was sworn in last week, called off local cops who had just busted a truckload of cocaine escorted by police officers in 2013, the report says. Aguilar, who was working his way up department ranks at the time, ordered the lower-level officers to let the drugs and cops go, which they did."

"Cartel boss Wilter Blanco, who was running the drugs, was later caught with another cocaine load, extradited to the U.S. and is now serving a 20-year sentence in U.S. prison. But Chief Aguilar's involvement, documented in an internal report, was never publicly reported. And last week, in a solemn ceremony, Honduran President Juan Orlando Hernandez promoted him to the nation's top cop, saying that the appointment would further his years-long effort to root out corruption and modernize the force."

Which comes as no surprise since "A former head of a drug cartel in Honduras serving prison time in the United States said Thursday he bribed the brother of current Honduran President Juan Orlando Hernandez. The claim by Devis Leonel Rivera Madariaga in a New York courtroom deepened allegations he has made of collusion between Honduras’s political class and organized crime bosses." The presidents brother went into hiding in the US after he was implicated in a high profile drug investigation during the recent election fraud. The president, Juan Orlando Hernández, was also accused of taking bribes from drug dealers himself. 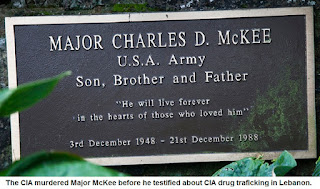 Juan Orlando Hernández was caught taking money from hospitals and prescription medicine and pocketing it for his own political purposes. The humanitarian aid to Honduras isn't getting to the people who need it. Politicians are pocketing it along the way. Teachers aren't being paid. Many of them volunteer. The army went on strike because they weren't being paid so Juan had to cut a quick deal and promise to pay them. Schools are not properly funded. This year I want to highlight how humanitarian aid in Honduras isn't going where it's supposed to go.