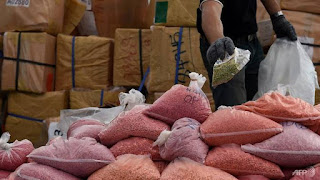 There you have it. Wherever hard drugs are found, human suffering and the CIA are found along with it. Channel News Asia is reporting that "Myanmar has seized 30 million meth pills along with more than two tonnes of "ice" and heroin in a record bust, the government said on Thursday (Jan 18), as drugs pour from labs in lawless border regions. In addition to the meth tablets, the authorities found 502 kilogrammes (1,104 pounds) of heroin and 1,750kg of crystal methamphetamine, or ice. Myanmar is the second largest opium producer in the world after Afghanistan, but levels of poppy cultivation have declined as demand for methamphetamine surges, leading to numerous multi-million dollar busts."

As we know, the CIA created the Golden Triangle during the Vietnam war under the direction of George Bush SR and used the money laundering from that illicit business to crash the Nugan Hand bank in Australia. The CIA also used investment fraud to raise money for operations.

The New York Times reported on "Olive Yang, the royal-turned-warlord, whose CIA-supplied army consolidated opium trade routes in the Golden Triangle in the 1950s" after she died at the age of 90 last Summer. Olive Yang was from British colonial Burma which is now called Myanmar where the current genocide of Muslims is taking place which the Dalai Lama has spoken out against.

The New York Times article even cites Alfred W. McCoy's book, “The Politics of Heroin" which states the CIA funded it's operations in Burma through the sale of opium. Nothing has changed.

Watch Kill the Messenger with Jeremy Renner now on Netflix. 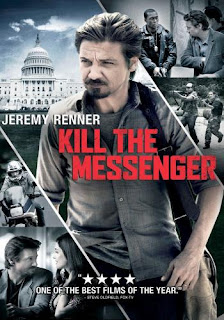