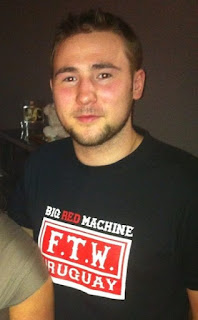 This murder disturbs me on several levels. My first concern is why have the police not released his name yet? Was it because he was a Hells Angels associate? There were three fatal shootings locally over the Christmas break. Gavinder Grewal was shot dead in North Vancovuer December 21st. His name was pretty much imediatley released to the press.

The next morning a Hells Angels associate was shot dead in Maple Ridge and his name has still not been released. December 28th Alexander Blanarou from Surrey was shot dead in Abbotsford and IHIT immediately released his name to the press. There was another shooting in Whalley on December 23rd but it was not fatal. So why has this fatality not been named?

Out of respect to the family I have not named him in this post so it doesn't come up on a Google search of his name. I simply linked to the obituary that was published in today's paper.

How do I know he was a Hells Angels associate? Well he posted pictures of himself wearing support gear on Facebook. That in itself doesn't really mean anything. He could simply be related to a member. In the obituary the family expresses their gratitude to Jesse Haddan. That pretty much clinches it. I do want to reiterate that I do not have beef with Jesse. I never have. I am not going to publicly disclose who on that side of the river I have made peace with since private conversations are indeed private. If I cannot respect confidence then I am worthless.

I will simply say that this murder was inexcusable. He doesn't have a criminal record. You're going to shoot someone just because he's related to Vince? That's pretty low life. If you have beef with someone take it up with that person not with their friends or family. You can't get any lower than that. They say a picture is worth a thousand words. Logically, several pictures would then be worth even more. I'm not going to post pictures of this murder victim posing wit his nieces and nephews. I will simply say this was a good kid and he will be deeply missed.

Think of this: you've got young children who loved visiting with their uncle. Now all of a sudden the parents has to tell their child that they won't be able to see their uncle any more. Why not the children ask? Is he mad at us? No sweetheart, someone shot him dead. They did what? Why would someone do that? Well it's complicated. Some people are simply worthless.

This isn't freaking Belfast. People come here from war torn countries to leave the violence behind. Our kids aren't supposed to have to deal with this kind of madness. People, you need to give your head a shake. This kind of unnecessary violence is unacceptable. It is not cool. It is not noble. It is shameful. I've lived in countries where the people distorted the eye for an eye into meaning you kill one of ours and we'll kill one of yours. That logic fails. If someone commits murder then you try that person for murder. You don't pick some random person from their family and execute them. That is just another murder and will be recorded in history as such. Stop it. 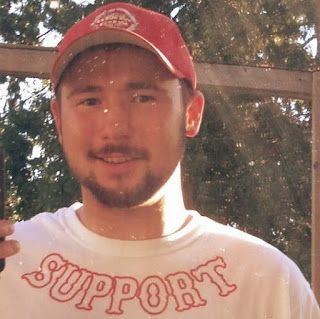 Update: The police have finally released the name and have confirmed that Ricco's father Joseph Sansalone and great-uncle Vincenzo “Jimmy” Sansalone are both full patch members of the Haney Hells Angels. This murder crossed the line just like the Surrey Six did.