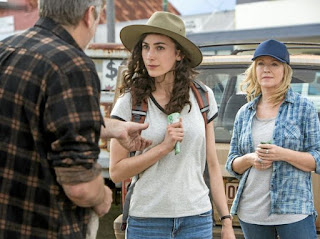 Speaking of Netflix, there's another really good TV series on Netflix called Wanted. It's worth seeing. It's a fictional drama about two women who are complete polar opposites that witness a crime then get blamed for it and go on the run. It's a story about good cops and dirty cops as well as the disloyalty among thieves but it's more than that. It's a story about friendship.

Rebecca Gibney is the costar that is also a producer and co-creator of the series along side Geraldine Hakewill a French born Australian actress. Together their characters and friendships are reveled as they face each new challenge head on. It's worth watching so it is.