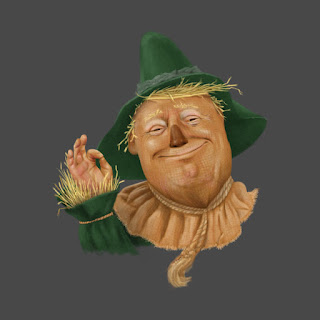 Donald Trump is enforcing federal pot laws to criminalize legal pot in States that held referendums to legalize it. This is the epitome of stupidity. This shows that Donald Trump is also on the CIAs side of the war on drugs by outlawing pot while promoting cocaine and opiates.

If he only had a brain. The LA Times is reporting that "Attorney Gen. Jeff Sessions ended an Obama-era federal policy that provided legal shelter for marijuana sales in California and five other states that have allowed recreational pot, placing at risk thousands of marijuana businesses operating legally under state laws." Filling the prisons with people who smoke or grow pot is a complete waste of tax dollars. The Washington Post is reporting that "Police arrest more people for marijuana use than for all violent crimes - combined."