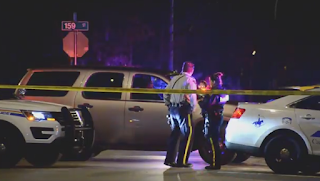 The Peace Arch News is reporting that "Police are investigating reports of gunshots Saturday night in the 15800 block of 83rd Avenue in Fleetwood. It happened at around 9 p.m and no injuries are reported. According to one witness at the scene, police found three shell casings on the side of the road. Two vehicles are reported to have taken off from the area."