Judges need to get tougher on those who peddle fentanyl 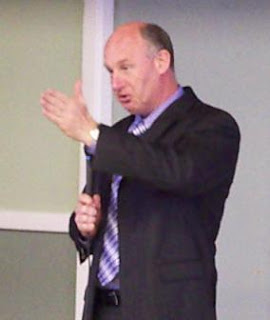 The Surrey Now Leader ran an appropriate editorial claiming that "We’ve said it before, and we’ll say it again: Judges need to get tougher on those who peddle fentanyl." Very true. They cite one case where a man pleaded guilty to possessing heroin and fentanyl for the purpose of trafficking and handed him a suspended sentence with three years’ probation. The Crown had argued a jail sentence of 18 months was fit and appropriate.

The Editorial is absolutely right. Judges are part of the problem but so are the police and Linda Hepner's Fail Army. One bad decision like this and the police simply give up. They say arresting fentanyl dealers is too much work. It's just not worth our time. Then what the f*ck is worth your time? Grow ops? Give you head a shake. No one gives a rat's ass about grow ops. Fentanyl is killing people. When we turn a blind eye to fentanyl dealers we are criminally culpable for murder.

Rewind to the Surrey Crime Prevention meeting hosted by Bruce Ralston and Mike Farnworth at the Whalley Legion June 12th 2008. The residents vocally complained about the polcie driving by people smoking crack on the Surrey strip and not doing anything about it. Colleen Staresina became defensive and said it was too much paper work to arrest someone for smoking crack only to have the judge throw the case out.

One bar owner expressed his concern about the inequity of the law. He objected to the police driving by people smoking crack in his neighborhood and said that if someone lights up a cigarette outside his bar that person can be fined $2,000.00 and that fine is enforceable. He said the inequity of the law is absurd. Even in Vancouver, if someone shoots up at the safe injection site then goes outside and lights a cigarette in the doorway of the site, that person can be fined for smoking the cigarette. He raised a valid concern.

How can the police enforced parking, speeding or jay walking and not arrest people for smoking crack? Calls were made to cut the head off the snake. If you stop letting people smoke crack in public, then you will reduce the demand for the dealers to supply it. The New York model was cited often and one long time resident said she was depressed. She wanted hope. She didn't want to see and hear her community degenerate so much.

Fast forward to 2018. Instead of arresting people who smoke crack like the residents asked, the City did the exact opposite. They built a crack house for them to smoke crack in on the City's dime. The war on drugs has failed simply because we never fought it.