Shots fired in Burnaby and Vancouver, fatal shooting in Surrey 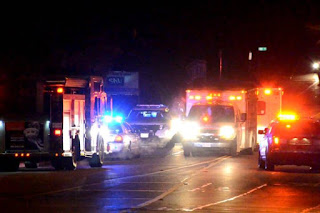 The VPD is reporting that "Vancouver Police are investigating a double shooting which happened just before 8:00 (Saturday) evening. Two men in their early 20s were in a parking lot in an industrial area at East Kent Avenue South near Borden Street when they were shot. They were taken to hospital with serious but non-life-threatening injuries. Investigators believe that the shootings were targeted."

BC Local News is reporting that "Reports say that RCMP are investigating after bullets hit a home in Burnaby Saturday night. Police responded to Griffiths Avenue and Halligan Street after reports came in of shots fire at 10:30 p.m."

Global is reporting that "A section of Cloverdale was closed to traffic Sunday morning as the Integrated Homicide Investigation Team (IHIT) looks into the city’s latest homicide. Surrey RCMP said it responded to an incident in the 17800-block of 64 Ave. at 12:25 a.m. where a man was found in distress, and later died." Sh*t be cray yo. Another Saturday night in the wild, wild west.

News 1130 is reporting that "On January 4th, Surrey RCMP were called out to the nearby area of 64th Avenue and 174th Street after reports of shots being fired. Officers found a man in a car, injured in what was described as a targeted attack." So a shooting in the same general area on January 4th where someone was injured and another two days later where someone was killed.

Posted by Dennis Watson at 1:54 PM