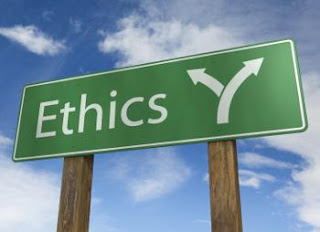 Well we have finally entered the Twilight Zone. No wonder Justin Trudeau voted along side Stephen Harper to throw away the Charter of Rights. He just burned the Charter and danced on it's ashes. The National Post is reporting that "Groups applying for the Canada Summer Jobs grant this year are required to attest that both the job and the organization’s core mandate respect reproductive rights, among other rights. The 2018 application guide says this includes the right to access safe and legal abortions.”

Other questions on the employment survey includes support for LGBTQ rights. "A summer camp that does not allow LGBTQ youth, however, would not be eligible for funding to hire students as camp counselors." I'm not saying we should make abortion illegal or ban LGBTQ rights. I'm saying that question has absolutely no right to be on a job grant application.

It's like the Law Society of BC trying to ban graduates from Trinity Western University. You can't do that. That is illegal. You can't tell any religion what they can and can't believe. The United Church had the perfect compromise when it came to Gay marriage. Allow Gay civil marriage and allow churches to conduct Gay marriage if they so chose but you can't force any religion to preform Gay marriage if it's against their religion to do so. It's that simple.

Years ago there was a video put out of an abortion called the silent scream. A camera filmed an abortion and showed the baby crying in pain and fighting off the scalpel as it was chopped into pieces. It was disturbing to say the least. I'm not going to post a link to the video if it still exists because I don't approve of snuff films.

In cases of incest or rape abortion is a very difficult and very private decision. In tubal pregnancies or where the health of the mother is at risk, abortions are automatic They aren't even called abortions they are called D&Cs. Abortion as a form of birth control is socially irresponsible. In the United States, if someone murders a pregnant woman it's considered a double homicide.

I can't stand the misuse of the term feminism. They say it's a woman's right to choose. Women are supposed to protect children not kill them. That's what a responsible parent does. Some kids go through life dealing with abandonment. My mother or father abandoned me. Well at least they didn't kill you. Killing a kid is a lot worse than abandoning it. I know it's a sensitive topic but I don't support abortion. I'm not saying make abortion illegal. I just counsel people to try and find other alternatives if possible. That would be the right thing to do. Adoption needs to be promoted more.