Legalizing all drugs is the highway to hell Speaking of soaring fraud and Post Media propaganda, a group of left wing kooks within the Federal Liberals are pushing for the legalization off all drugs. Nathaniel Erskine-Smith can rot in hell. So what's next? Legalize murder and rape? That is exactly what we are doing if we legalize all drugs. You legalize the sale of fentanyl and you legalize murder. You legalize date rape drug and you legalize rape. This has absolutely nothing to do with social justice. This represents the complete abandonment of Canadian and human morals. It is a WRONG turn.

This is the absurdity of the left wing end game. Left wing extremists push for the legalization of all drugs and the complete abandonment of any and all moral principles and when Communism is finally established all those drug dealers get the death penalty.

Legalization and decriminalization are two different things. There is no need to decriminalize possession because right now those laws simply are not being enforced. That's the problem. In Portugal, "A person found in possession of a drug for personal use is no longer arrested but ordered to appear before a 'dissuasion commission' which can refer the person to a treatment program or impose administrative sanctions." That would actually be a step forward from what we have now because right now no one is arrested and no treatment is offered.

In the Four Pillars Fraud we were conned into accepting the four pillar program. As soon as we did that, extremists threw away the three crucial pillars of enforcement, treatment and prevention so they could turn harm prevention into harm promotion. That is why we have one of the worst drug problems in the world. What we are doing isn't working because what we are doing is nothing. The war on drugs hasn't failed because its too difficult. It is failing simply because we never fought it. That and the fact that the CIA is on the wrong side of that war.

Likewise, when extremists cite the Portugal model, they want to throw out all the good things Portugal is doing like taking addicts and putting them before a dissuasion commission where the addicts can get into treatment or face administrative sanctions. They want to simply legalize all drugs so they can promote addiction and organized crime. That is not the Portugal model. That is the DTES model and it's NOT working.

We have to draw the line at the legalization of pot. Throwing everyone in jail for smoking pot is a complete waste of tax dollars. Our court system needs to be used for better things like arresting fentanyl dealers not addicts. That is what we need to do. Yet legalizing murder and rape is socially responsible. Legalize pot and that is all. As Gandalf would say, you shall not pass! 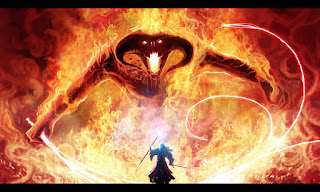