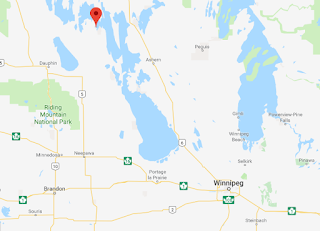 CBC is reporting that "A 19-year-old man has been charged after a suspicious house fire in a Manitoba First Nation led police to find human remains over the weekend. Just before 1 a.m. on Sunday, Ste. Rose du Lac RCMP got a report about an assault and a house fire at the same home in O-Chi-Chak-Ko-Sipi First Nation (Crane River), about 225 kilometres northwest of Winnipeg. When police got there, the house was fully engulfed in flames and the woman who had reportedly been assaulted could not be found. Police later found human remains inside the house, which police said Monday still haven't been identified. On Monday, RCMP said in a news release that a 19-year-old man was arrested and charged with aggravated assault, arson with disregard for human life, assault and two counts of breach of recognize."

OK so he was charged with assault and arson with disregard for human life. How about murder?