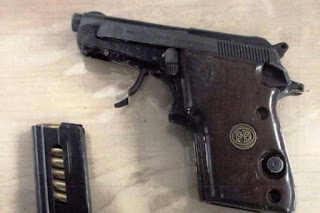 The absurdity of the fraud just never ends. The Surrey RCMP sent out a press release bragging about seizing "a loaded semi-automatic pistol, 'suspected' illicit drugs and a large amount of cash during a traffic stop earlier this month." Take a look at the gun. It's tiny. A freaking spud gun. Once again the Surrey RCMP make absolutely no attempt to disrupt drug trafficking. Their only concern is to seize the proceeds of crime and take guns away from HA rivals while they provide police protection for Hell Angel drug dealers selling fentanyl on the Surrey strip and turn a blind eye to the massive amounts of firearms HA associates hoard. God help us. The Surrey RCMP won't. The RCMP and the BC Gang Task force hasn't lifted a finger to arrest Hells Angels dealing drugs since the OMGU was disbanded. Stop the fraud and bring back the OMGU. 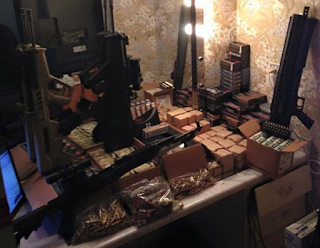