Witnesses lying to save own skin

Kim Bolan is reporting that "Four former United Nations gang members who testified against alleged hitman Cory Vallee were trying to 'save their own skin' and should not be believed, defence lawyer Eric Gottardi said Tuesday. At the start of his team’s closing arguments, Gottardi said the 'linchpin' witnesses, who can be identified only as A, B, C and D due to a sweeping publication ban, 'escaped punishment for murders' and got other perks by co-operating with the Crown. 'They did not just get money. They received a small fortune.'”

"He pointed to the fact that two of the witnesses, A and D, originally told police Vallee was the shooter who killed Jonathan Barber on May 9, 2008, when the UN mistook the stereo installer for one of the Bacon brothers. Then when B and C decided to co-operate with police in 2016, they told a different story, identifying the Barber killer as UN member Barzan Tilli-Choli. By then Tilli-Choli had already pleaded guilty to conspiracy and could not be retried as the murderer. He has since served his sentence and been deported to Iraq."

The defense lawyer is right about one thing, these witnesses are not credible. Aside from the Bobsy twins, the leader of that rat pack admitted in court to lying to the police even after he started working for them. He also admitted to posting false information on Kim Bolan's blog to throw the police off. That is Blaze's MO. He is not credible. Every word that comes out of his worthless mouth is a lie. Corey's confession was not a confession.

K-9 shot Jonathan Barber not Barzan Tilli-Choli. The only real witness in Kevin LeClair's murder saw two shooters. The bigger man was the one that lit up the vehicle with an automatic weapon. If K-9 was that shooter it would be pretty easy to identify him over Corey even if he was wearing a balaclava because he is huge. It doesn't sound like Corey is big enough to be that shooter. "The man with the machine gun was more muscular than the second gunman."

K-9 died of respiratory illness February 2017. If K-9 was the shooter then the rat pack couldn't get off their own murder charges and get paid a small fortune so they had to make some other story up and blame Corey because Corey was an easy target.

Speaking of the rat pack, what the hell is Blaze doing hiding out in Calgary with the PoPo? The Ironman from the Calgary chapter won't protect him. These are my terms: If Blaze Flysh*t testifies against the full patch HA that ordered Joey Verma to shoot Britney Irving, I will remove every picture and every reference I have ever made about him on this blog and website. He will cease to exist. That would be money well spent. Spending four small fortunes on a bold face lie is not.

Corey wasn't the hitman from out of town, K-9 was. Conor D'Monte was the co accused in this shooting not Jesse. Time to stop wasting money and bring back the OMGU. 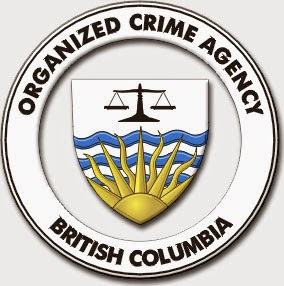 Tell me how a known member of the Independent Soldiers was ever a member of the UN? He wasn't. He is lying again or should I say still since he never stopped lying. Corey didn't tell him anything.