Judicial corruption in Ontario and BC 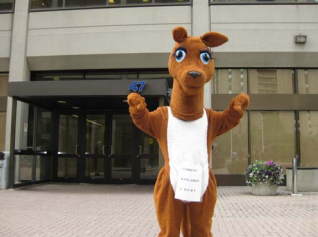 Canada Court Watch reported that in June 2009 Robert Freedland was photographed protesting outside the Shepard avenue courthouse wearing a kangaroo costume. lol Now that's the proactive use of imagery. His complaints involve accusations of court bias towards lawyer overbilling and include allegations of transcript altering. The common thread in all these judicial complaints is the complete lack of public accountability within the Canadian judicial system.

Greg Harney is a lawyer in Victoria that faces over billing allegations tied to the BCIMC Fraud.

Posted by Dennis Watson at 9:08 AM