MSM: Fake News you can Trust

There was a somewhat bizarre full page add in today's Vancouver Province. It said "There are a lot of media outlets out there. We are one you can trust. We know the difference between real news and fake news." Fake news, that's something Donald Trump would say. As far as there being a lot of media outlets there sure aren't in Western Canada. Post Media News monopoly bought them all up and got rid of several to eliminate competition.

My first question is, what brought on this knee jerk reaction? It sounds like an oil company trying to convince us how green they are. When has the credibility of the paper been questioned?

I like the Vancouver Province. I'm not going to compare it to the Vancouver Sun because there is no comparison. They are the same now. After Post Media News put Harold Munro in charge of both papers they are virtually identical with the same set of reporters writing for both papers. I preferred the Vancouver Province when Wayne Moriarty was in charge. I honestly think it was slightly more objective then. Harold Munro is in my opinion a little too quick to cave in to the Corporate interest like in the Peter Leask disaster.

Come to think of it, the last time the paper ran a full page add about their pledge to tell the truth was right after Harold Munro folded like a cheap tent on the Peter Leask story. That was clearly a case of "The lady doth protest too much, methinks"

Likewise, this full page add came right after the fake news about the police busting a small time HA rival. It's a difficult balance in today's news industry. The MSM has to cater to their corporate advertisers without pissing off their readers who the corporations pay for them to advertise to. Thankfully I dont give a f*ck about either. That's why I'm a broke ass b*tch. Yet a poor man is better than a liar. There was another full page ad from Communist China in the paper again today. Imagine that. Right when they raised the price of gas at the pumps again. 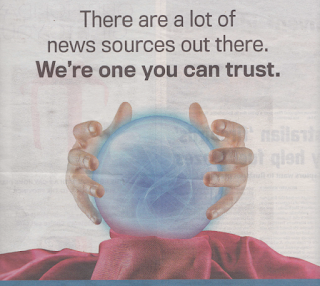