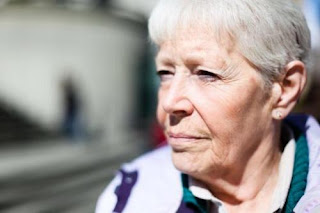 Last month the Vancouver Observer reported on a retired nurse named Bonnie Fournier who worked in the Downtown Eastside since 1968 but hasn't been allowed to testify at the Missing Women Inquiry. No wonder.

Fournier said she saw a black shape being dragged out the passenger side of a large vehicle on Cordova Street late one night in 2000 which turned out to be a person. If the truck Fournier saw was his, it meant Pickton had an accomplice. She asked the woman if it was him. “'I can't say, because I'd be dead,'” she told Fournier. “'They'll kill me.'”

They'll kill me. That implies more than one person. Willy may have been deranged but he certainly wasn't threatening. People wouldn't be afraid to testify against him. People would be afraid to testify against the bikers at the parties on his farm. In the CTV documentary the Pig Farm one resident of the farm claimed a couple of Willy's "friends" accused him of stealing something and beat him up right after Willy mentioned killing prostitutes. He took that as a warning to keep his mouth shut.

In another chilling incident – forever burned into her memory – a young woman Fournier calls “Sharon” told her that in 1999 or 2000: “'Bonnie, I escaped from the farm.'”

“Sharon” said she was in Surrey, shoplifting at a mall -- she supported her drug addiction by stealing, not prostitution, Fournier said -- when two women who knew her from the Downtown Eastside approached and invited her to a party, “with free booze and drugs.” The women went to a “well-known Hells Angels spot” located on the King George Highway, just before it enters Surrey: a rental house they called the “House of Pain.” (We know it as the Surrey House of Horrors. that would have been on 108 Ave just off king George around the corner from Gus' shop)

“They went there, and then were moved by station wagon or van – 'We're going to a party with good music,'” Fournier was told. “They were taken to the (Pickton) farm from this house in Surrey. “After they got to the farm, Sharon said everyone was into the drugs – lots of drugs. When they pulled in there, she got a gut feeling that this was scary. . . she got a gut feeling and bolted from the car and ran to Lougheed Highway. She was picked up by a bus on Lougheed and given a ride in to Vancouver by a sympathetic driver.”