Another Vancouver gangster bites the dust 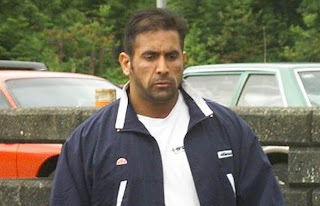 The Vancouver gang war has reignited and there is a lot of new information coming in. Long time gangster Ranj Cheema was shot to death in front of his parents’ East 61st Avenue house Wednesday. The 43-year old was once an ally of the late Bindy Johal, before turning against the admitted trafficker. He was also an associate of the late Tom Gisby and others who have been shot and/or killed in recent months. Cheema was a one-time associate of Tom Gisby, killed in Mexico Saturday. He also was close to Billy Woo, killed and dumped near Squamish last fall.

It's hard to pin down who is who in all the former Indo Canadian gang violence. For many years they were killing each other. That was in the days of Bindy Johal. Things have changed considerably since then. Now the Hells Angels control everything. The Independent Soldiers are no longer Independent. The common thread in all these recent murders is an association with the Dhures and a former association with the Hells Angels. Being close with Billy Woo would also imply a Hells Angels hit list connection since Billy Woo used to be affiliated with the Hells Angels but was likely executed for his Dhak connections.

Yet Kim Bolan is reporting that before Cheema went to jail in 2008, he was a rival of Sandip (Dip) Duhre, who was gunned down at the Wall Centre in January. That one doesn't fit the puzzle. The common thread is that the Hells Angels are wiping the Dhure and Dhak group off the face of the earth to secure their violent monopoly on the Vancouver drug trade.